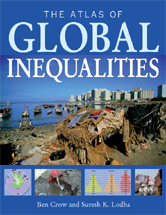 Drawing on research from around the world, this atlas gives shape and meaning to statistics, making it an indispensable resource for understanding global inequalities and an inspiration for social and political action. Inequality underlies many of the challenges facing the world today, and The Atlas of Global Inequalities considers the issue in all its dimensions.