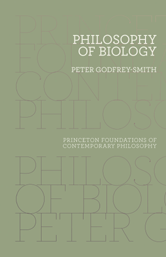 Emphasizing connections between biological theories and other areas of philosophy, and carefully explaining both philosophical and biological terms, Peter Godfrey-Smith discusses the relation between philosophy and science; examines the role of laws, mechanistic explanation, and idealized models in biological theories; describes evolution by natural selection; and assesses attempts to extend Darwin's mechanism to explain changes in ideas, culture, and other phenomena.