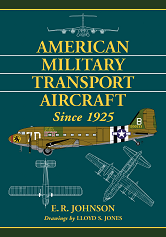 This work provides the reader with a comprehensive historical survey - including technical specifications, drawings, and photographs - of each type of fixed-wing aircraft used by U.S. military forces over a nearly 90-year period to carry out the airlift mission.