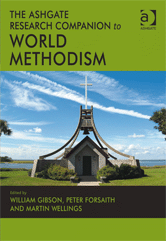 Leading scholars examine a range of themes including: the origins and genesis of Methodism; the role and significance of John Wesley; Methodismâs emergence within the international and transatlantic evangelical revival of the Eighteenth-Century; the evolution and growth of Methodism as a separate denomination in Britain; its expansion and influence in the early years of the United States of America; Methodistsâ roles in a range of philanthropic and social movements including the abolition of slavery, education and temperance; the character of Methodism as both conservative and radical; its growth in other cultures and societies; the role of women as leaders in Methodism, both acknowledged and resisted; the worldwide spread of Methodism and its enculturation in America, Asia and Africa; the development of distinctive Methodist theologies in the last three centuries; its role as a progenitor of the Holiness and Pentecostal movements, and the engagement of Methodists with other denominations and faiths across the world. This major companion presents an invaluable resource for scholars worldwide; particularly those in the UK, North America, Asia and Latin America.