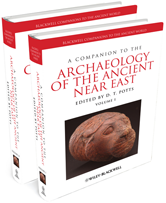 A comprehensive and authoritative overview of ancient material culture from the late Pleistocene to Late Antiquity. - Features up-to-date surveys and the latest information from major new excavations such as Qatna (Syria), GÃ¶bekli Tepe (Turkey) - Includes a diverse range of perspectives by senior, mid-career and junior scholars in Europe, USA, Britain, Australia, and the Middle East for a truly international group - Includes major reviews of the origins of agriculture, animal domestication, and archaeological landscapes - Includes chapters dealing with periods after the coming of Alexander the Great, including studies of the Seleucid, Arsacid, Sasanian, Roman and Byzantine empires in the Near East, as well as early Christianity in both the Levant and Mesopotamia - Fills a gap in literature of the Ancient Near East, dealing with topics often overlooked, including ethical and legal issues in antiquities markets and international scholarship