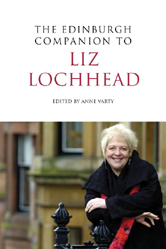 The Edinburgh Companion to Liz Lochhead

The Edinburgh Companion to Liz Lochhead

The first contemporary critical investigation since Liz Lochhead's appointment as Scotland's second Scots Makar, this Companion examines her poetry, theatre, visual and performing arts, and broadcast media. It also discusses her theatre for children and young people, her translations for the stage as well as translations of her texts into foreign languages and cultures.