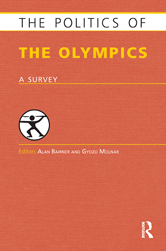 The Politics of the Olympics: A Survey

The Politics of the Olympics: A Survey

With the ever increasing global significance of the Olympic Games, it has never been more topical to address the political issues that surround, influence and emanate from this quadrennial sporting mega event. In terms of the most recent evidence of the politics of the Olympics, the 2008 Beijing Games were riddled with political messages and content from the outset, and provided a global stage for protesters with numerous agendas. These included, to name but a few, proposed boycotts, potential terrorist attacks, the question of open media access, protests against China's political practices and attempts to interrupt the 'traditional' torch rally.