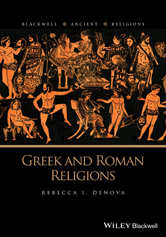 Greek and Roman Religions offers an authoritative overview of the region's ancient religious practices. Comprehensive in scope, the text focuses on myriad aspects that constitute Greco-Roman culture such as economic class, honor and shame, and slavery as well as the religious role of each member of the family.