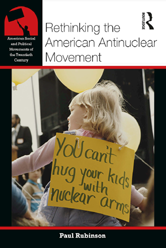 Rethinking the American Antinuclear Movement provides a short, accessible overview of this important social and political movement, highlighting key events and figures, the strengths and weaknesses of the activists, and its lasting effects on the country.