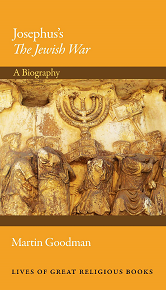 The Jewish War is Josephus's superbly evocative account of the Jewish revolt against Rome, which was crushed in 70 CE with the siege of Jerusalem and the destruction of the Temple. Martin Goodman describes the life of this book, from its composition in Greek for a Roman readership to the myriad ways it touched the lives of Jews and Christians over the span of two millennia.