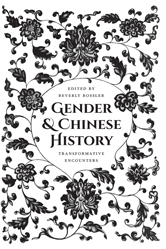 Rich scholarship on gender in China has since complicated the picture of women in Chinese society, revealing the roles women have played as active agents in their families, businesses, and artistic communities. The essays in this collection go further by assessing the ways in which the study of gender has changed our understanding of Chinese history and showing how the study of gender in China challenges our assumptions about China, the past, and gender itself.